Next year, Bulgari celebrates the 75th anniversary of its iconic Serpenti Tubogas bracelets, which have encircled the wrists of the rich and famous since Elizabeth Taylor made them covetable around the world by wearing one on set during the filming of Cleopatra in 1962. But, during this milestone, a simple retrospective seemed to be the order of the day. Instead, the Italian jeweler has teamed up with AI digital sculpture pioneer Refik Anadol to kick off its celebrations in London this month.

The jeweler has commissioned the artist to create an immersive installation to be hosted by the Saatchi Gallery in London after visiting Milan’s Piazza Duomo last year. The installation Serpenti Metamorphosis shows digital artworks controlled by artificial intelligence – which Anadol refers to as “Charlie”.

More than 200 million images of nature were fed into “Charlie” and machine learning was used to create a wavy image that mimics nature’s textures to convey the snake-like evolution. Projected in an enclosed space, the experience is multi-sensory, with an AI-generated nature soundtrack accented with scented clouds created by Anadol in collaboration with Swiss perfumer Firmenich. The formula for the fragrance itself was suggested by “Charlie” after processing 500,000 odor molecules.

“I feel like it’s really a dream state; a state that I don’t believe exists in the physical world,” says Anadol of the immersive Bulgari experience. “It’s a fully algorithmic reality that doesn’t exist, but feels very tangible.” More than just acting as a branding exercise, Anadol says he hopes Serpenti Metamorphosis will inspire feelings of “hope and positivity” versus “technology for the humanity” will trigger. 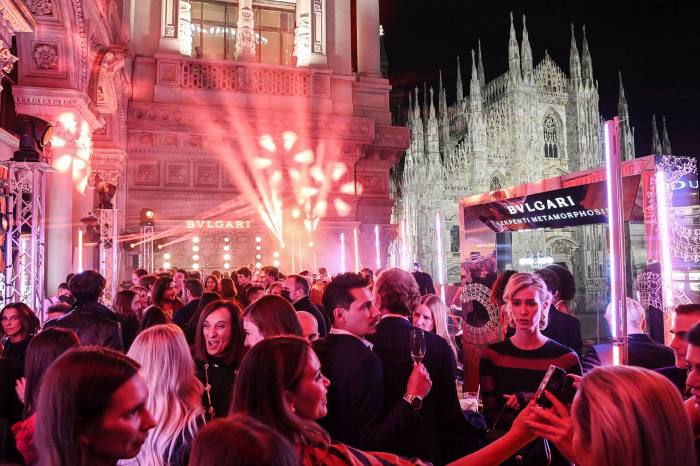 As technologies like AI open up creative possibilities and the metaverse becomes a more enticing outlet for luxury brands, more and more jewelers are experimenting with ways to transplant one of the oldest hard luxury items into the digital world via digital art.

Jewelery brand Francis de Lara has partnered with fashion platform Brand New Vision to create non-fungible tokens of their genuine, jeweled, gold-plated silver eyewear. These digital artworks can be worn across Metaverse worlds including Decentraland where a treasure hunt was held for users to find and win a pair of limited edition Eve glasses, embellished with virtual Zambian emeralds and Mozambican rubies representing the reflected by Gemfield’s mined real-world counterparts. Gem mining company Greenland Ruby has also digitized its gems and collaborated with artist and jeweler Reena Ahluwalia to turn her “Fire Under Ice” painting of one of its stones into an NFT. It was put up for sale on OpenSea, the most popular platform for buying and selling digital collectibles, to raise funds for the miner’s PinkPolarBear Foundation, which supports polar research.

Los Angeles-based jeweler Neil Lane collaborated with Audrey Schilt, fashion illustrator and creator of Ralph Lauren’s iconic teddy bear character, to decorate one of the digital bears she is releasing on Collab Bears, the NFT website she co-founded.

Meanwhile, Tiffany & Co caused a stir when it made its NFT debut in August exclusively with the CryptoPunk community, whose members collect a specific style of pixelated avatars. For 30 Ethereum each, the jeweler turned 250 CryptoPunks avatars into custom necklaces made as both NFTs and real gold, diamond and gem pieces.

On August 3, 100 people got early access, and the entire run sold out just two days later. It fetched the jeweler somewhere in the region of $12 million based on the cryptocurrency price at the time. 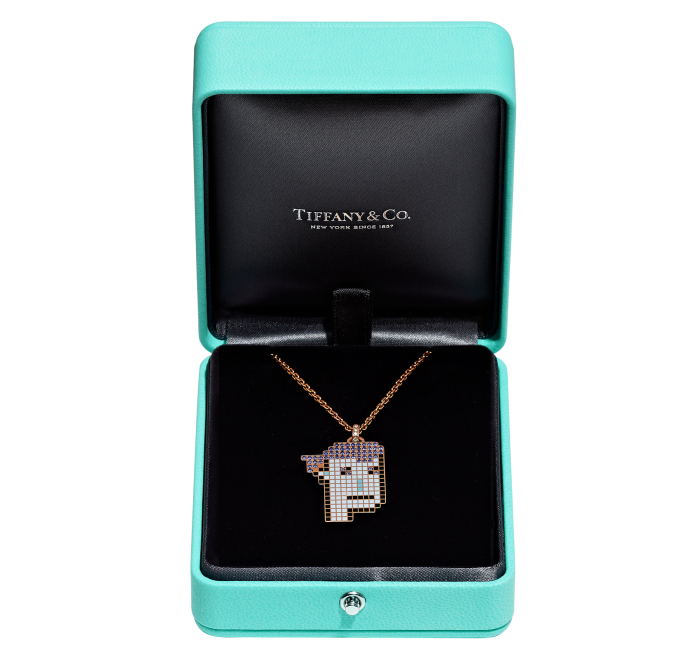 Sarah Ysabel Dyne-Narici, a New York-based jewelry designer, didn’t have to look far to find a digital artist to transform one of her LoverGlyphs rings into a moving image. Her cousin, British-Singaporean artist Kara Chin, personalized the gold rings that Dyne-Narici makes with hieroglyph-inspired symbols that tell the life story of her customers. In the artworks created with Chin, each symbol and gem explodes and becomes an object.

It took the cousins ​​three weeks to create this “passion project,” and Dyne-Narici says she recognizes digital art’s ability to bring the old-world creativity of handmade jewelry to new eyes. “Given the nature of precious materials, physical pieces are inherently limited—scarce,” she says. “However, digital art is the opposite; it enables a connection to a wider audience. It’s sharing the universe on a larger scale. For me it’s about presenting objects through a different lens. Capturing a universe in a tiny object is exciting, but so is experiencing that universe digitally. Both are different languages ​​expressing the same vision.”

In fact, most jewelers working with digital artists today aren’t about choosing one art form over the other, or eschewing traditional craftsmanship in favor of futuristic imagination. Instead, it’s simply about exploring new possibilities and creative worlds — online or offline — where the two can sit side by side.

Just as Anadol’s Serpenti Metamorphosis aims to take visitors beyond everyday life into a world of AI-generated escapism, the same exhibition will later ground them with solid objects that are physical touchpoints in the story by displaying Bulgari Serpenti jewels the 1940s to today presents modern day.

“In this project, the two disciplines become one and the same,” says Bulgari boss Jean-Christophe Babin. “What we wanted to achieve is a true metamorphosis of the luxury experience through art – which can be understood as both jewelry art and digital art by Refik Anadol. Throughout history, luxury and art have often met, creating exciting connections, mixes and solutions that audiences have always appreciated. The same applies today to art and luxury 4.0; They must continue the dialogue in new forms that reflect a new society and experiment with unprecedented forms of expression of beauty.”