Here are the stories that sparked the most interest among readers

Welcome to The Interchange! If you’ve received this in your inbox, thank you for subscribing and for your vote of confidence. If you read this as a post on our website, please subscribe here so that you can receive it directly in the future. Each week I take a look at the hottest fintech news from the previous week. This includes everything from funding rounds to trends to an analysis of a specific space to hot shots of a particular company or phenomenon. There’s a lot of fintech news out there and it’s my job to stay on top of it – and make sense of it – so you stay informed. — Maria Ann

As this year draws to a close, it’s obviously a fitting time to look back at some of the highlights (and lowlights) in the world of fintech news.

We got off to a relatively positive start in 2022. There were still mega rounds! Decacorns were born. Venture capital was still readily available. Then, sometime in the second quarter, things took a turn. And they’ve been spinning ever since.

In deciding how to approach the final issue of this newsletter for the year, I was curious as to which of my stories performed best. So I asked our incredible Audience Development Manager Alyssa Stringerto get my top 15 stories based on page view count. In summary, dear readers, you all seem to have been most interested in coverage of companies in their prime and coverage of companies in their trough. It was the best of times. And then it felt like the worst of times. And oh, many of you have been curious about the concept of fractional real estate investing.

Here are my top 15 most read stories on Eureka News Now website in 2022:

“We probably wasted $200 million,” Better.com’s CEO told employees in a sacking meeting: A collaboration with the brilliant Zack Whittaker, where we were allowed to listen to Vishal Garg staff speak for ourselves . . . and it wasn’t pretty. Almost Closing Doors After Slow Growth, High Burn Shuts Out Fundraising Options: A collaboration with my dear friend, TC+ editor and co-host of the Equity podcast Alexander William. Watching the launch of the one-click checkout Fast Crash and Burn was certainly one of the biggest stories in fintech this year. Ramp Confirms New Valuation of $8.1B After Up “Nearly 10X” Year-On-Year Revenue: The corporate spending startup had doubled its valuation from August 2021 to March 2022. The space in which it operates has only gotten more crowded. In the meantime, the company has expanded into new business areas. Fintech Round-Up: Better.com Employees Leaving in “Loads” Following Return of CEO Vishal Garg: This one is particularly significant to me as it was the soft start of what would eventually become The Interchange. Also one of many innovations related to Better.com. PayPal is Closing its San Francisco Office: This kind of surprised me as it didn’t seem that important to me, but maybe it was a sign of what was to come later in 2022. Precursor, Bezos back Arrived, a startup that lets you buy single-family rentals for “just $100”: This is almost the same as the PayPal piece above. It generated a lot of interest — maybe it was a combination of the very compelling business model and the fact that Jeff Bezos was a backer. Better.com employees learned of layoffs when severance checks popped up in the payroll app: another piece of news that left many of us shaking our heads in amazement (and not in a good way). Fintech Klarna is reported to have raised at a valuation of $6.5bn, giving new meaning to the phrase ‘down round’: perhaps marking a turning point in 2022. If a company that was valued at $45bn last year .USD was valued at about 1/7 of that up, folks take note. The tide was turning in the fintech space and this news made many people very nervous as it felt like proof that the 2021 party was over. Better.com loses more senior executives as employees prepare for another mass layoff: Another scoop that left many of us shaking our heads in amazement (and not in a good way). Fintech layoffs just keep coming: As 2022 kicked off, the only layoffs I covered were conducted by Better.com. But by early November, it was sadly very apparent that layoffs were rampant across the fintech industry. Alchemy, which aims to be the “de facto platform” for developers building on web3, is now valued at $10.2 billion: I wrote this back when I was still doing some crypto reports. Alchemy grew very quickly. It might be a good time to review them considering what has happened in the crypto space since that increase. Fintech Brex Confirms $12.3B Valuation and Adds Meta Executive as Head of Product: This was announced in January. In October I wrote about the company’s layoffs. A lot has happened in between, including the company’s controversial decision to stop serving SMEs. Better.com plans to lay off about 4,000 employees this week, sources say: you guessed it, another change. Fintech startup Jeeves raises $180 million and quadruples valuation to $2.1 billion in half a year: Jeeves’ speed of growth and appreciation has been impressive. A BaaS company in the field of corporate card and expense management. But back in March, the startup’s CEO noted the fundraising process: “The market looked very different in January and February than in December.” Landa can make you a landlord with just $5: Like I said, it seems that all of you are really interested in fractional real estate investments, or maybe just a lot of people secretly want to become landlords.

It was an eventful and at times nerve-wracking year that was much more than just the above. The flow of venture dollars into fintech has slowed, just like any other sector. Characters have been questioned. But I remain hopeful. The companies that did meaningful things in 2021 and 2022 will continue to do so. They might spend more mindfully and work a little quieter – but I don’t think that’s a bad thing. Fintech innovations remain more important than ever, especially when it comes to inclusion and access. There are so many startups doing great work. We can’t let a few bad apples spoil everything. I know that there is still a long way to go. We’re not done correcting the excesses of 2021. But I’m excited to see what Fintech will bring in 2023. (Speaking of which, check out the Equity team’s predictions for next year here.) 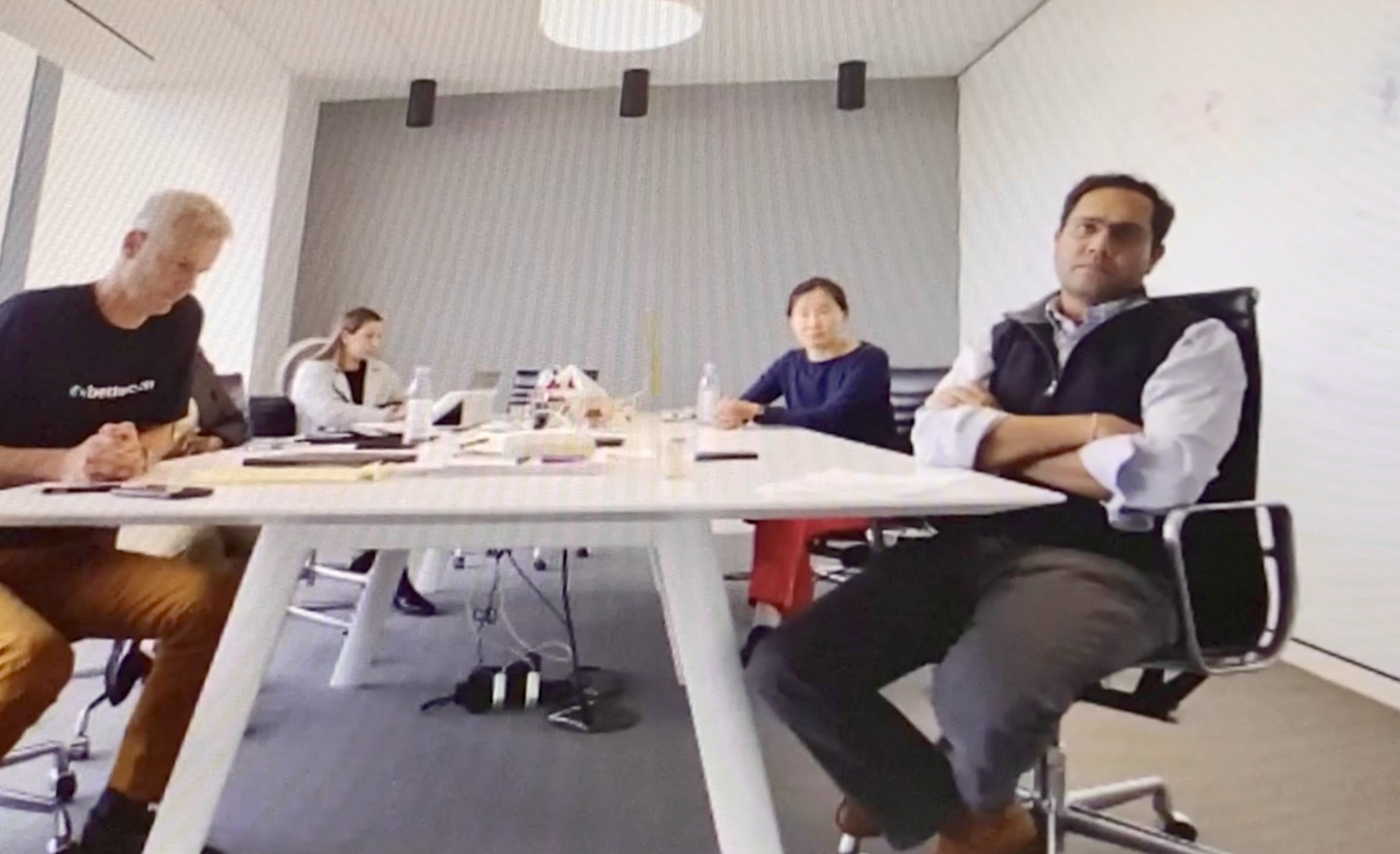 Banking app Copper is launching an investment product for teenagers

Why Checkout.com lowered its internal rating

Chime made two offers to buy DailyPay for a maximum of $2 billion, but was rejected

Capchase, which offers “non-dilutive” financing to SaaS companies, says its revenue is up 250% in 2022

Friendly PSA: We want you to join us at Eureka News Now Early Stage 2023 in Boston on April 20th and we have a great late 2022 discount to help you with the rest of your Christmas shopping. Register at this link by December 31st at 11:59pm PST and book a Founder’s Pass for just $75 – regular $149! Early Stage is Eureka News Now’s one-day Founders’ Summit where you get actionable advice and insights from top experts, meet other entrepreneurs walking similar paths, share your own experiences, and build the confidence to take the next steps to grow your business . Don’t wait – book your Founder’s Pass today for only $75 through this link!

And with that, I’m signing off. This is the last newsletter I will publish in 2022. I don’t know where this year has gone and to be honest it’s been really, really tough in a lot of ways. But there were also many bright spots, including the growth of that newsletter audience and the privilege of sharing this content with all of you. Thanks again. Happy Holidays to you all and a Happy and Healthy New Year! May it be a better, brighter and wonderful year. xoxo, Mary Ann